* Libre-friendly, owner-controlled computing products: https://store.vikings.net
* Libre-friendly hosting provider
* Proponents of electronics right to repair
* We tweet in EN and in DE/FR/NL on occasion

#DeutscheBahn. It's good when it's good. But when it's bad it's *really* bad. /thum 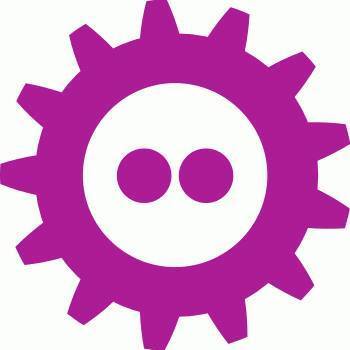 FOSDEM is kept free as in beer also by the community helping out, please help us by volunteering -- https://volunteers.fosdem.org

Happy and peaceful new year everyone! 2023 is the year of the 🐇.

I'll be back at work on Monday, 23rd. They say a change of scenery might do you the power of good and that's what it most certainly did.
Still a bit jet-lagged but east to west seems to be a lot easier then the other way round. /thum

Happy New Year from a different side of the planet!

The "Respects Your Freedom" certification program encourages the creation and sale of hardware that will do as much as possible to respect your freedom and your privacy, and will ensure that you have control over your device. https://u.fsf.org/3g0

@mametsuko You mean so that anyone could master German?? No way!!!! /thum

What does every computer need? Stickers! Treat your computer well while showing your support with these sticker packs in the #GNUPress shop: https://u.fsf.org/3lu 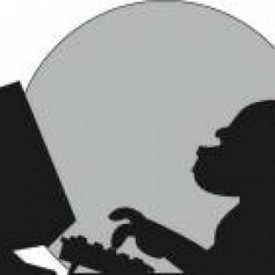 @paulgatling i have bought the machine at @vikings with their standard case. (phanteks entoo pro 2)

The noise level of my config is almost zero, once booted.
Obviously depends on cpu config, extensions, drives and load.

Power draw according to the bmc in the machine is between 50W and 100W depending on load. Typically around 65W in normal use

@mrb @fosdem
Hum, that's actually not a bad idea. Or is it @fosdem?

@abdulocracy Nope, all is up on this side. Which address isn't working for you? /thum

Looking for a slighty-vintage but libre-friendly, FSF RYF-certified and cheap laptop that makes you stand out? We recently updated our Thinkpad X200 offer and reduced the price massively: https://store.vikings.net/en/x200-ryf-certfied #store #ryf #fsf #trisquel #libre

Our instance is not an instance where you can sign up a guest account. Perhaps we will change this in the distant future. Stay tuned.

We recently announced that we won't post on Twitter.com any more.⚰️

We've been running our own #Mastodon instance in parallel, with a brief interruption (where all posts were deleted), for a few years now. Before that we ran GNU Social, which we abandoned in favor of Mastodon, and for a while before that we had a GNU Social guest account on the defunct quitter.se.

Let's hope that the newfound popularity of Mastodon will improve some parts I don't like. The update process for instance. /thum

» Once men turned their thinking over to machines in the hope that this would set them free. But that only permitted other men with machines to enslave them. «
—Frank Herbert, Dune

The Vikings Store ships each order with free software stickers. Some new ones have just arrived fresh from the USA! #fsf

Just sent an EUR 120 💸 donation to @liberachat (via @Liberapay Thanks for your hard work! https://web.libera.chat/#vikings Want to chip in, too? Visit https://liberapay.com/liberachat/ /thum

A: Because it messes up the order in which people normally read text.
Q: Why is top-posting such a bad thing?

@fsf I couldn't find FSF coffee mugs and glassware in your shop - recently broke my FSFE cup which I wanted to replace with one minus the "E" 🙂 Consider selling some?

* Libre-friendly, owner-controlled computing products: https://store.vikings.net
* Libre-friendly hosting provider
* Proponents of electronics right to repair
* We tweet in EN and in DE/FR/NL on occasion

The social network of the future: No ads, no corporate surveillance, ethical design, and decentralization! Own your data with Mastodon!